This is what we can do to fight evil.
nAMaste

This year I think you should practice loving yourself.

Maybe even write a love note to you, telling yourself the top 10 things you like about being you. If you don’t know where to begin, just think of one thing you like – maybe it’s how you dance or maybe it’s your nose. Once you start, maybe the ideas will just keep flowing.

I bet if you wrote some things down, you’d see some pretty great things that you might be overlooking since our culture tends to focus on our flaws and forgets to acknowledge all that is good.

So as February begins tomorrow, I think we should all take a moment to breathe in some lovin’ and be nice. Take a moment to love on you so you have more love to give away. 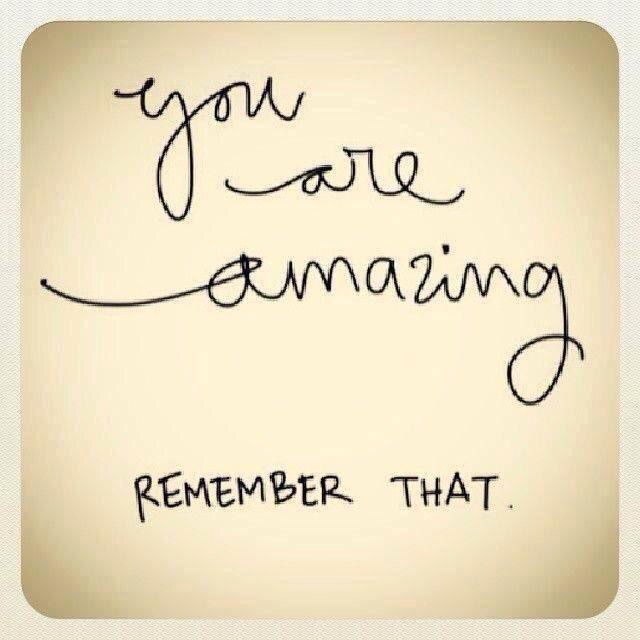 The Dalai Lama visited Santa Clara University today and was giving a talk about business and ethics and compassion. There was a live webcast of the event, of which I got to hear a bit while cooking dinner and cleaning up the kitchen.

Mostly what I heard where the local panelists sharing their life experience and work experience and very little spoken by His Holiness, Dalai Lama (HHDL).  I most appreciated Jane Carpenter-Cohn’s life story about the four stages of life and how she learned the values of compassion as a child and lived those values as an employee, as well as having created a compassionate working environment when she started her own company.

The Dalai Lama was preaching the importance of compassion in life and in the work force for ourselves and for others. “A compassionate mind creates self confidence and inner strength.”  It creates calm and mental comfort and creates happiness.

“Give more happiness to others, you get maximum happiness,” he said.  The spirit of giving is what creates peace. We need to take care of others and the joy will return to us. We cannot be self-centered and we need to be giving.

Although I didn’t pay attention to the entire program, what I did see was a lot of laughter and pure happiness. He showed up late to the afternoon presentation, because I think the concept of time is not something he worries about.  Everyone else seemed more nervous and on a schedule, but he just seemed jovial and wanted to connect and hear and share. I loved this and wanted to hear and see more.

One other thing he mentioned that caught my attention was that he thought if females were the world leaders, we would have less conflict and less violence. Do you think that would be true? I wonder and think it’s possible. Maybe Hilary will run for presidency, not that I’m advocating for her, but do like the idea of a female president.

At the end of the program, he presented white shawls to the co-hosts and acknowledged them by bowing his head and thanking them. I enjoyed watching this ritual.

I think his overall message is a good one –

Everyone wants a happy life and everyone deserves the right to be happy.

Be well, my friends. 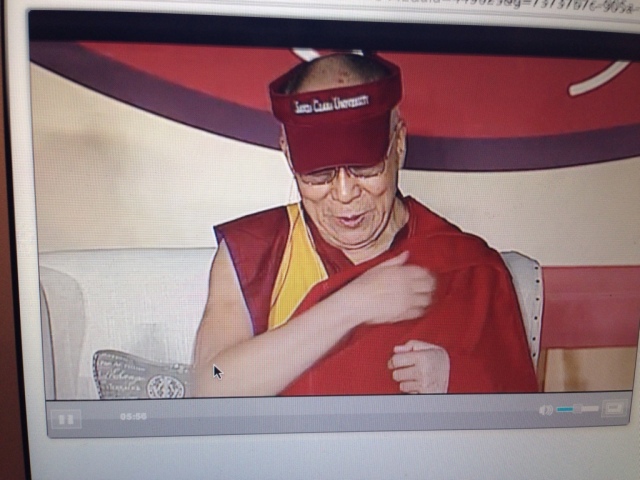 There was a big American football game this weekend between the San Francisco 49ers and the Seattle Seahawks.  There was a post-game interview with player Richard Sherman that went a bit out of control afterwards and has generated a ton of interest and discussion.

Basically he yelled into the camera and was angry and attacking another player and being self-righteous. There have been opinion pieces written to support him as well as those against him and those that explain how far he has come.

I don’t see what they see. I don’t see color or race or a hero or a victim.  I see a person who probably should have been a bit more humble in the heat of the moment, and celebrated his team’s sweet victory in a more positive way than he chose to express.

I also see 10 things we can learn from this interaction that are good lessons for all of us.

2.  When you have strong feelings, take a breathe and count to three before speaking or acting. Give yourself a moment to think.

3. What you say is a reflection of your self and your team or family. Choose wisely.

4. If you don’t have something nice to say, don’t say it out loud.

5. Be respectful. Respect yourself. Respect others.

6. Be humble. Have confidence in yourself, yet be humble. Your actions speak louder than your words.

8. Threatening others is ugly too. Be gracious with your own success and don’t attack others. Good sportsmanship is always in fashion.

9. When you make a mistake, acknowledge it by saying you’re sorry and meaning it, without making excuses for your part in the conflict. This makes it easier for everyone to move on and continue to be great.

10. Thou shall not judge. He made a mistake and he does not deserve to be attacked by America.  Let’s move on and forgive and get ready for the next event. Move forward in peace.

Admiring the gifts of friendship…

I went to bed at 2 am this morning. I was still on a high from last night’s celebration and in denial that I had to get up by 7 am to start cleaning for the landlord, a real estate agent and a couple who were coming to look at our house at 8:15 this morning.  The kids had late start for school (9:20 am vs. 8:30 am on Fridays), so it was totally doable to squeeze in a visit from these guys before school, right?? What, am I crazy? Yes, just a little bit… but I’m sure that’s what you find endearing about me, right?  😉

The good thing is that my house was picked up and decluttered by 8 am and was ready to receive guests. Really? I have to remember that this is possible, because I wouldn’t believe it if you told me it was true.  It felt really good to be dressed, lunches made, kitchen cleaned up and ready to take the kids to school an hour before usual.

The landlord was very happy and thankful and he was respectful of our need to get out of the house by 9 am. Everyone cooperated and I think got what they needed.  This made me happy, because we all flexed to take care of each other and did the work to make this transition as smooth as possible.  He later emailed me, asking for my help with a key and dropped by later in the afternoon to make a copy . When he came back, he brought me gifts, thanking me for being kind and flexible and willing to work with him. I was touched that he was so generous and kind back. I love when life works like this.  Let’s remember to take care of each other, even if it means a slight inconvenience for ourselves. Life is good.

Gifts from the landlord, just because… 😉