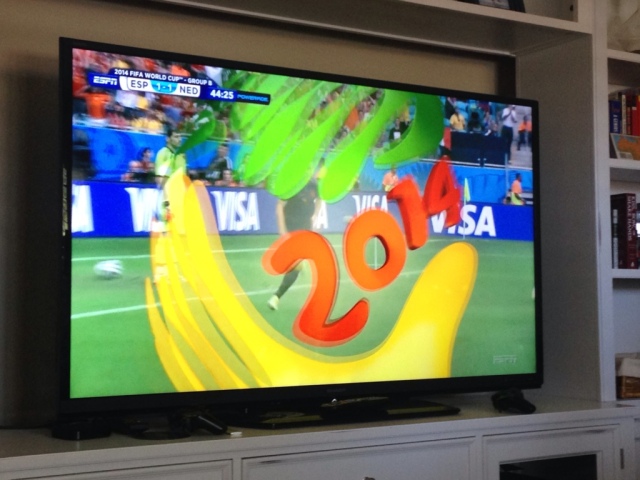 It fascinates me that in some parts of the world, people are going crazy and celebrating the World Cup this week in Brazil. In the United States, it’s not as big a deal. I’m fascinated by the differences and allegiances and how people can celebrate in such different ways.

Christian and I watched Holland beat Spain 5-1 this afternoon and were very excited to be part of the Dutch spirit. Jeff actually texted from work and had the game on in his office and watched worth ones of his Dutch colleagues.

I loved checking Facebook updates and statuses during the game, especially those from my friends in the Netherlands. It sounded like the excitement just filled the air and everyone was wearing orange and cheering on their national team. I longed to be a pub in Amsterdam and part of the national spirit.

Jeff and I were actually in Holland during the World Cup in 1998. Being in the hot, smoky pubs was unreal. The entire town was on fire and hugging and hooting and hollering. It was a wonderful time to be there and I loved the energy and vibe.

Today I was thankful that Holland beat Spain and that I got to enjoy watching the game with my son.